One of the most commonly heard concerns from ADU detractors seems to be off-street parking. It is a valid concern, and one that should be taken into consideration when making important decisions regarding ADU regulation.

There are two issues to consider when talking about off-street parking and ADUs:

For number 1, I don’t think Austin has done a survey of ADU owners (which would be an interesting experiment), but the state of Oregon recently commissioned a survey in the city of Portland.

Making the reasonable assumption that ADU owners in Austin and Portland are somewhat similar, here are some interesting facts:

Again, an Austin specific survey would be great, but assuming things are relatively similar the total number of added cars would be negligible.

The second thing that needs to be explored is what the parking situation is in the different areas of the city. After hearing parking concerns from neighbors, some during a previous planning commission meeting, Friends of Hyde Park decided to do a parking survey of the neighborhood. The results were surprising.

We replicated the survey twice, once on Sunday morning (a time when most cars are at home and many visitors are attending church in Hyde Park) and we also did the survey on two Thursday nights (starting at 7pm when most people are home from work). We worked in pairs and counted both cars and empty spaces, making sure to account for curb cuts and no-parking signs. There is certainly a small percentage of human error, but I think it paints a very accurate picture of the parking situation in Hyde Park.

On Sunday:
Only 12% were more than half full and only 6 blocks were more than 75% full with 4 of those being next to HP Baptist church during Sunday service.

Every street more than 75% full was adjacent to streets with over half of the spaces available for parking.

Other neighborhoods might have different parking issues, but this is just an illustration of how negligible the added off-street parking from ADUs would be in Hyde Park.

Friends of Hyde Park voted 91 in favor and 65 opposed to the following resolution. 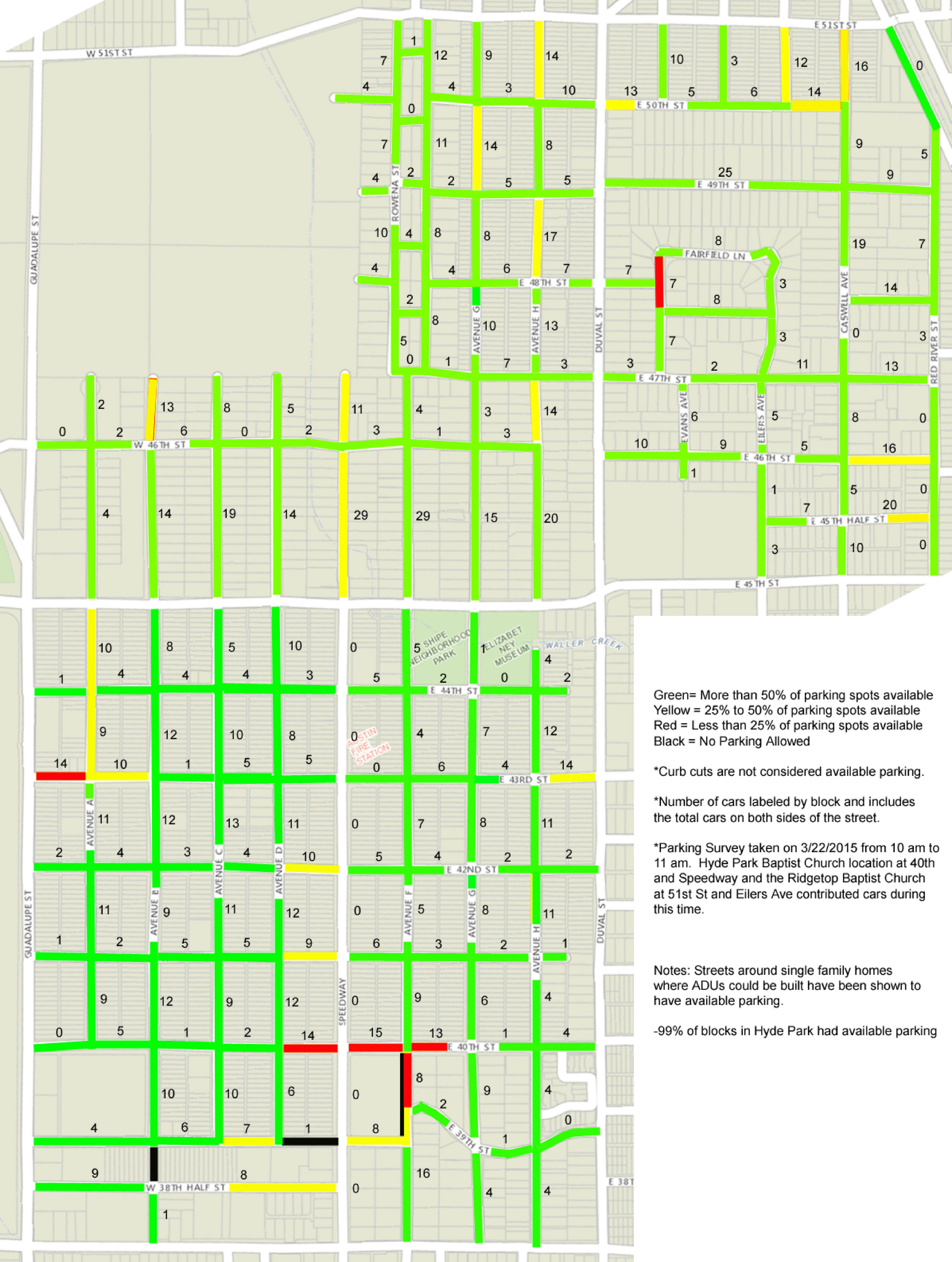 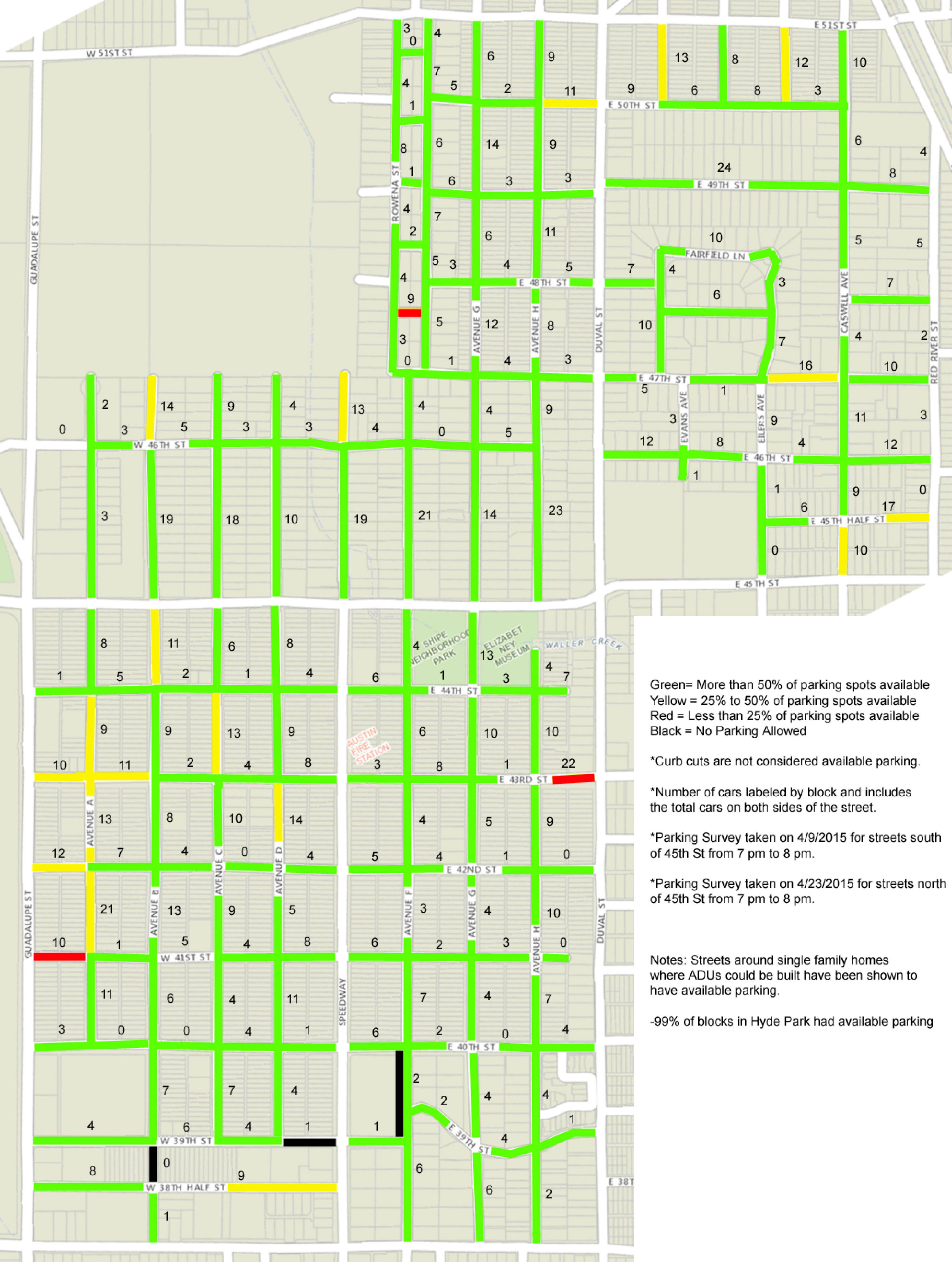